Choose the Scarlett Group as your Managed Service Provider for all of your IT Support, Solutions, and IT Services.

We provide IT support for your business, including network and computer assistance as well as antivirus security and backup solutions. No need to worry about your computers or servers anymore! With our managed IT solution, you can focus on more important things and running your business.

We provide cost-effective and comprehensive managed IT services as well as IT support services. With our certified IT professionals behind them, we deliver IT Services and IT Consulting services that are secure, scalable, and dependable.

We work with you to create a tailor-made service plan that meets your unique needs while still fitting within your budget. With our adaptable and inventive strategy, you may focus on your core business operations while getting the greatest return on your IT investment.

If you decide an MSP is right for you, determine what level of Managed IT Services you need, and what service provider can offer you the tools, services, and stability you need to take your business to the next level. If you need more help choosing a Managed Services Provider, call us at 844.727.5388.

Our Complete Managed IT Services and IT Support Services include: 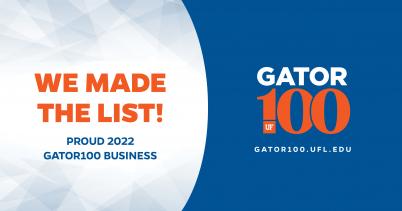 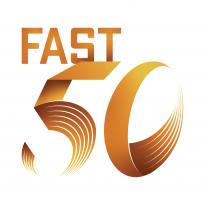 Talk to an IT Expert

Looking to Get More Out of Your IT?
Contact Us Today!

What is a Managed Service Provider?

Managed IT Services by The Scarlett Group

What is a Managed Service Provider?

A Managed Service Provider (MSP) is a company that provides IT services to businesses. These services can include anything from managing and monitoring your systems to providing technical support and security services.

An MSP typically offers a suite of services, which may include:

IT Support, IT Solutions, and IT Consulting Experts within reach.

A Managed IT Services provider remotely manages, monitors and supports your business technology environment round-the-clock so you can focus on your core business.

The 3 Levels of Managed IT Services and IT Support

Staffing-legacy MSP
"Staffing-legacy" MSPs are mid-level MSPs that offer you a range of IT solutions and take more responsibility for your business. Many Staffing-legacy MSPs provide software patches, installations, and upgrades, as well as monitoring services to their customers.

High-level MSP
"High-level" MSPs are the most comprehensive and provide a wide range of services to their clients. They often include 24/7 support, backup and disaster recovery, security services, and more. When you want to outsource your entire IT operations, you select High-level MSPs.

The MSP level is determined by your company's IT demands, budget, and actual IT services administered.

Managed Services by The Scarlett Group

The full benefits of a Managed Service Provider for your organization are dependent on the level of service you select.

I'd pick a High-Level MSP because they provide a wider range of services than low-level service providers, including all of your IT management and IT support requirements.

There are ten primary advantages for your firm to engage an MSP IT company. Let's take a look at the top ten advantages your company will receive by hiring a Managed IT Services provider:

Cost reduction
A High-Level MSP can provide a flat-rate, predictable monthly fee for all of your company's IT needs, including hardware and software maintenance, technical support, security services, and more. This helps to control expenses and reduce the overall cost of technology ownership.

Capital Expenditures Reduction
An MSP can also help reduce or eliminate the need for capital expenditures by providing a pay-as-you-go model for hardware and software procurement. This allows you to spread the cost of technology over time, rather than having to purchase everything at once.

Increased Efficiency
An MSP will help your company become more efficient and productive with the use of technology. They will manage and monitor your systems to ensure they are running at peak performance, identify and resolve issues before they become problems, and provide best practices guidance to help you get the most out of your technology investment.

Access to Skills and Resources
MSPs have access to a vast pool of skills and resources that can help your company address any IT challenge. They maintain a staff of highly-trained professionals who are kept up-to-date on the latest technologies and trends, and have access to the latest tools and solutions.

Better Service Levels
MSPs are held to a higher standard for service levels and uptime than most in-house IT staff. They are required to have comprehensive Service Level Agreements (SLAs) in place that ensure your company's systems and data are always available and protected.

Risk Reduction
By outsourcing your IT needs to a qualified MSP, you reduce the risk of data loss, system downtime, and security breaches. MSPs have the expertise and resources to protect your systems from attack and keep them running smoothly round-the-clock.

Access to Technology Innovation
MSPs are on the forefront of technology innovation and are always looking for new ways to help their clients improve their business operations. They invest heavily in research and development and have access to the latest technology solutions.

Flexibility and Scalability
MSPs are very flexible and can easily scale up or down to meet your company's changing needs. They can provide you with the resources you need when you need them, and can quickly ramp up or down as your business grows or contracts.

Disaster Recovery and Business Continuity
MSPs offer comprehensive disaster recovery and business continuity solutions that can help keep your company's systems up and running in the event of a disaster. They have the experience and resources to quickly restore your systems and get you back up and running.

Centralization
MSPs provide a single, centralized point of contact for all of your company's IT needs. This makes it easier to manage and monitor your systems, and ensures that all of your technology is working together as intended.

How Should I Choose a Managed IT Service Provider for My Company?

IT Services by The Scarlett Group

Your company's choice to engage an MSP will have a significant strategic, operational, and financial impact. The procedure for making such a decision should consider all of these factors.

There are six factors to consider while looking for the appropriate MSP for your company's IT service and support needs.

Can the MSP be a Trusted Advisor?

The decision to contract a managed IT services provider for your company's IT service demands may have significant long- and long-term consequences. The lifeblood of any organization is its technology infrastructure and services.

Things To Do Jacksonville, Florida (Other than IT Support)

If you are going to be in Jacksonville, Florida, and are looking for something to do, then let's take a look at some of the options that are available. There is plenty to do in Jacksonville, and most of it does not involve computers or technology!

Jacksonville is the largest city in the state of Florida, with a population of over 1.5 million people. It is located on the banks of the St. Johns River and is home to a number of colleges and universities, as well as a major seaport. The city is also home to the NFL's Jacksonville Jaguars, who play their home games at EverBank Field.

The city is a major tourist destination, with a number of attractions including the Jacksonville Zoo and Gardens, the Cummer Museum of Art and Gardens, and the Riverside Arts Market. The beaches in Jacksonville are also popular with visitors, and include such spots as Atlantic Beach, Neptune Beach, and Jacksonville Beach.

If you are interested in the history of Jacksonville, there are a number of landmarks that you can visit. The most famous of these is probably Fort Caroline National Monument, which commemorates the French Huguenots who established a colony in the area in 1562. Other historical landmarks include the Kingsley Plantation, the Ritz Theatre, and the St. Augustine Lighthouse.

If you are a fan of museums, Jacksonville has a number of them to choose from. These include the Cummer Museum of Art and Gardens, which features a collection of American art, as well as European and Asian art. The Museum of Contemporary Art Jacksonville, the Museum of Science and History, and the Veterans Memorial Wall.

If you are looking for some shopping, Jacksonville has a number of districts to choose from. The most popular is probably the St. Johns Town Center, which features over 150 stores, including major retailers such as Macy's and Dillards. Other popular districts include the Riverside Arts Market, Five Points, and the Murray Hill district.

If you enjoy spending time outdoors, Jacksonville has a number of parks and gardens that you can visit. The most famous of these is probably the Jacksonville Zoo and Gardens, which is home to over 2,000 animals. Other popular parks include Treaty Oak Park, and Kathryn Abbey Hanna Park.

If you are looking for a place to have some fun after dark, Jacksonville has a number of nightlife options. The most popular is probably the River City District, which features a number of bars and clubs. Other popular districts include San Marco Square, the Fountains at St. Johns, and Five Points.

Jacksonville is home to a number of beautiful beaches, which are popular with both locals and tourists. The most popular beaches in Jacksonville include Atlantic Beach, Neptune Beach, and Jacksonville Beach. All three beaches offer a wide variety of activities, including swimming, sunbathing, surfing, and fishing.

In recent years, Jacksonville has seen a number of technological advancements, including the launch of the world's largest fiber optic network. The city is also home to the headquarters of several major technology companies, including CSX and FIS.

If you are looking for a fun and interesting place to visit, Jacksonville is definitely worth considering. The city has something for everyone, with a variety of attractions, historical landmarks, museums, shopping districts, and nightlife options. So whether you are looking for a place to visit for a weekend or you are thinking about moving to the area, Jacksonville is definitely worth checking out.

What Areas of Jacksonville Do You Service?

We provide IT Support and IT Services for Jacksonville, FL along with the surrounding areas of Northern Florida: